skip to main | skip to sidebar

The secret history of Kiirtan


Once in 1959 Baba travelled by train to Kiirnahar. He travelled with His Personal Assistant, Pranayda. There were then no monks or nuns in Ananda Marga. The train went through the district of Birbhum in West Bengal. It was a small train from the British days.

After some time, the train stopped due to some mechanical problem. The driver tried to repair the engine. While waiting for the train to be repaired, Baba got down from the train and, as if He knew how long the train would remain there, walked across the adjacent field. Pranayda and another Margii followed Baba. Pranayda was very worried that the train would leave without them.

Baba continued to walk for some time. Finally, He came to a big "burning ghat" - a place where people burn the dead bodies. The local people called it the Kaunkalmalini ghat. Baba then pointed to one particular spot and told them that it was the place where Caetanya Mahaprabhu had meditated. [Caetanya Mahaprabhu 1486 - 1533 was a great mystic monk and social reformer in eastern India.]

He meditated in that spot for nearly six years with deep concentration. In the course of his practice, he realized that meditation was simply not possible for the ordinary people. They just did not have the ability to perform the difficult practices of sadhana. "How then would the common people be benefited?" While thinking of this, Caetanya Mahaprabhu heard a Cosmic voice telling him, "Sit for meditation and make a siddhamantra for the common people." 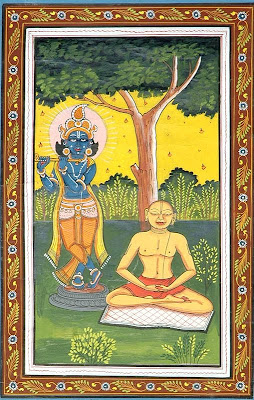 Baba said that nobody knew the secret history of kiirtan. Caetanya Mahaprabhu empowered the mantra and made it valid for five hundred years. He added that humanity now needed a new way, a new path to liberation. For this purpose, Taraka Brahma had come in the twentieth century to show humanity a new path to liberation.
This time, the Cosmic Nucleus Himself came in the physical form of Shrii Shrii Anandamurtijii and gave us a new siddhamantra - Baba Nam Kevalam! 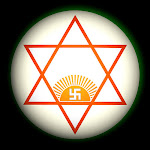 A guide to human conduct;

Discourses on Krsna and the Giita;

Problems of the day;

The liberation of intellect: neohumanism;

Animals and birds: our neighbours;

Rahr: the cradle of civilization;

The thoughts of P.R. Sarkar;

The golden lotus of the blue sea;

Under the fathomless depths of the blue sea.